7 reasons why you should visit Isle of Man

The Isle of Man. Do you know where it is? If you’re not British there’s a good chance you have to check the map, to find this smal self-governing island in the middle of the Irish Sea. Surrounded by more familiar neighbours like England, Scotland, Ireland and Wales.

Or maybe you’re a fan of motorbikes, and familiar with the island due to it’s annual world class motorbike race – The Isle of Man TT, which draws in thousands of visitors in the end of May.

There is much to learn about this little country, behind the mysterious banner with three armoured legs. Too much to be put in an inspirational blog post like this – but here are 7 excellent reasons why you should jump on a ferry – or a plane – to visit the Isle of Man. 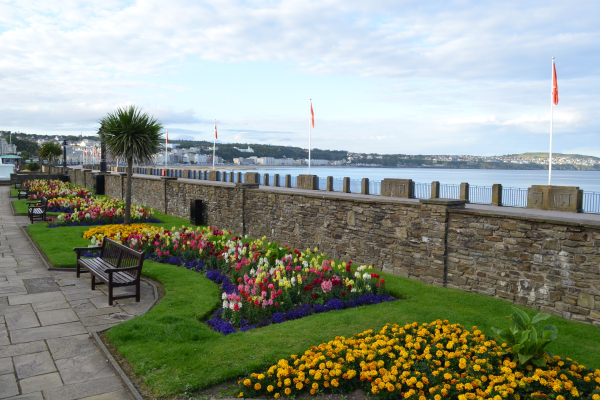 To explore the capital of Douglas

Around a third of the island’s population lives in its capital Douglas, which naturally makes it a hub for culture and transport. A seaside town which is dominated by the flower-decorated promenade, stretching along Douglas Bay and lined by beautiful Victorian arhcitcture. Among the highlights in the capital you will find the Manx Museum, the historic Gaiety Theatre, the Tyndwald parlament building and the sandcastle-looking Tower of Refuge. A nice selection of modern restaurants and bars are found along the marina, including several specialized in seafood. Douglas is also connecting two of the island’s iconic vintage railways; The Steam Railway to Port Erin and the Manx Electric Railway to Ramsey.

To travel on beautiful vintage trains

The Isle of Man is a true treasure for vintage train enthusiasts, with three unique and historic railways to take you to destinations along the eastern coast – and to the top of island’s own mountain. To reach the seaside town of Port Erin in the south, you can travel by steam through beautiful rural landscapes and towns like Ballasalla and Castletown – to the sound of the blowing whistle. An authentic and unique steam experience. Going north from Douglas, you can catch the Manx Eletric Railway on a scenic coastal route through forests and towns like Laxey, before reaching your final destination in Ramsey. Laxey is also where the electric Snaefell Mountain Railway sets out to conquer the heights of Snaefell – the island’s highest point and only mountain. 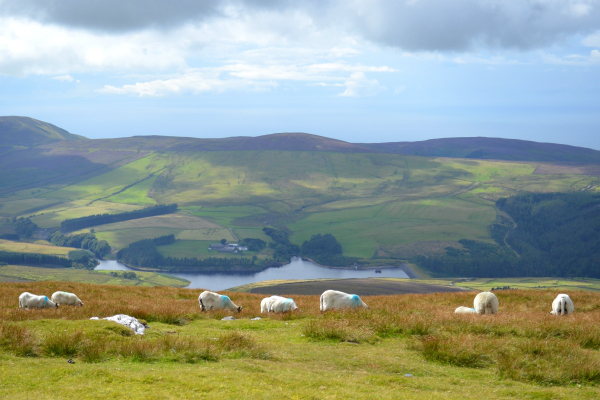 To see seven kingdoms from Snaefell

The Snaefell Mountain Railway is the easiest – and the most classy – way to reach the top of the Snaefell mountain, although it can be also be reached on foot. No matter how you arrive, the views are absolutely breahtaking from up here, where sheeps are grazing along the train tracks at an elevation of 621 meters (2037 feet). A local saying goes that you can see no less than 7 kingdoms from up here, besides the Isle of Man itself counting England, Scotland, Wales, Ireland, the ocean and the Kingdom of Heaven.

To go shark-hunting near Port Erin

The ocean around the Isle of Man is known to be a good area for spotting seals, dolphins, whales and even the huge basking shark – which is the second largest fish in the world. Several boat trips are found around the island, but I can personally recommend a two-hour trip with the Shona Boat Trips crew. A tour setting out from the harbour of Port Erin, and taking you on sea-adventures. One of them going around the smaller island, Calf of Man, in the pursuit of spotting wildlife, both in the ocean, on land and in the air, while learning about the island’s dramatic coastline. Read about my own experience here. 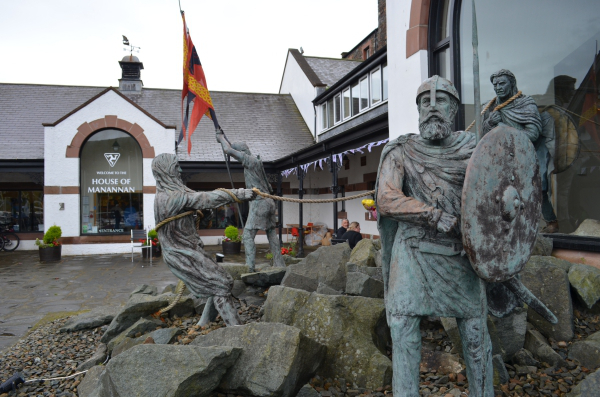 To learn about vikings in Peel

Don’t miss a trip to the West Coast and a visit to the town of Peel, with its coastline being adorned by Peel Castle. A castle majesticly set on the small St Patrick’s Isle, which is connected to Peel by a paved causeway. Take a stroll along the beach, enjoy a nice lunch and visit the historic Leece Museum, that hides some cool motorbikes in its basement. The most popular museum though is the House of Manannan, which tell’s you the island’s dramatic and exciting story, through atmospheric theatre-like settings that will keep you entertained for hours. You can literally walk through the history of the Isle of Man here – and learn about the viking’s impact on its cultural heritage.

To discover the charming Castletown

When riding that steam train south from Douglas, don’t forget to hop off in Castletown, which is situated on the southern coast and built around the bombastic Castle Rushen. A medieval castle overlooking the town’s charming main square and its harbour canal, where the boats are left on the bottom during low tide. Castletown was the island’s capital until 1869, and the location of the old parlament has since been converted into a museum known as the Old House of Keys. 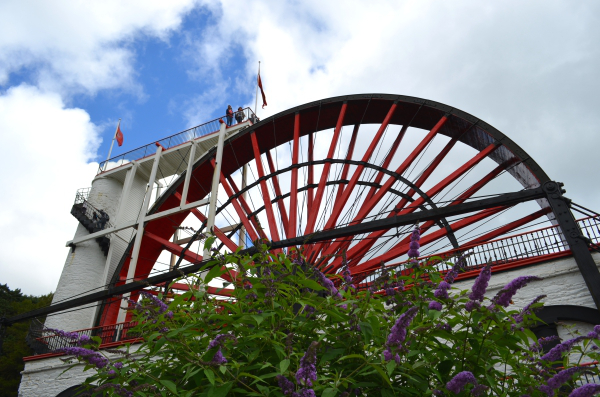 To visit the world’s largest waterwheel

It’s a must to visit the former mining town of Laxey, before boarding the Snaefell Mountain Railway. Here, The Great Laxey Wheel, also known as “Lady Isabella” is still spinning for its admirers, and is the largest working waterwheel in the world. This mighty wheel has a diameter of 22.1 meters, and it was built in 1854 to pump water out of the mines. Today it’s the main attraction in Laxey, while the connecting mines trail leads you through a beautiful natural area.

← 5 insider tips to highly addictive cafés in Madrid
Brighton from a new perspective: British Airways i360 →